Leicester City manager Claude Puel insists speculation regarding his future isn’t a matter for his concern. 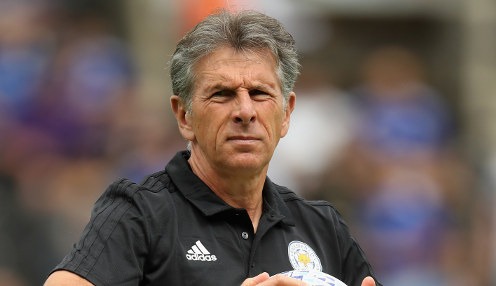 Puel, who was appointed last October, is reported to be under pressure after just one game of the new Premier League season, where his Foxes team lost 2-1 at Manchester United.

It has been reported that Claude Puel in serious danger of being sacked, with Saturday’s home clash against Wolves and the following week’s trip to Southampton said to be crucial to his hopes of staying in charge.

Belgium’s management duo of Roberto Martinez and Thierry Henry are being touted as potential replacements but Puel isn’t worried.

I can’t comment on speculation. My job is to build something with Leicester.

If he does depart, the former Southampton boss insists he’ll leave the squad in good shape for anyone coming in after him.

“I would be happy for my successor, because he would have a good squad and a very good team.

“I can’t comment on speculation. My job is to build something with Leicester; to continue to develop this club, to develop the players and the squad. After this, if people are angry or not satisfied, that is not my concern.

“It is not the first time, it will not be the last.”

Leicester are 21/20 to beat Wolves this weekend. The visitors are 14/5 to win the King Power Stadium clash, with the draw available at 11/5.