Leicester City boss Claude Puel has challenged his side to cope without the presence of star striker Jamie Vardy, who begins a three-match suspension this weekend.

England international Jamie Vardy was shown a red card for a reckless challenge on Wolves defender Matt Doherty in a 2-0 victory for the Foxes last weekend and his absence means that Puel has some tinkering to do for the trip to Southampton on Saturday.

The most important thing is for the players to continue their hard work. 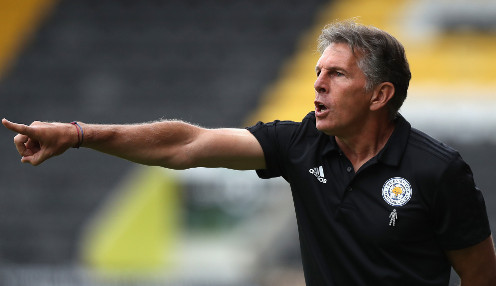 However the former Saints coach believes he has players who can step up to plug the gap including the likes of Kelechi Iheanacho, Demarai Gray and Shinji Okazaki – although the last of those three is doubtful due to injury.

Puel told reporters at his pre-match press conference: “We know his (Vardy’s) importance in the team, but I think we have to move on. It is a good chance for players like Iheanacho, Gray or Okazaki, if he can come back.”

“Jamie is not a player who participates a lot with the play, but is always dangerous. He is always available and difficult to mark.

“Iheanacho and Okazaki are different and I think we can give a good response. The most important thing is for the players to continue their hard work.”

City claimed a 4-1 victory in this fixture last season, with Okazaki scored two of the goals for the visitors.

Leicester can be backed at 9/4 to secure all three points again on Saturday and are 12/5 to keep a clean sheet, with Iheanacho available at 11/5 to score at any time.