Harry Kane aiming to double up

Harry Kane the Tottenham Hotspur striker has already set his sights on 200 goals, having reached the century mark in the Premier League in the 2-2 draw at Liverpool.

The England international missed one penalty at Anfield before converting another to reach the landmark of 100 top-flight goals, but he has already turned his attentions to joining an exclusive club who have completed a double century.

I’m here earlier than I thought I’d be, so I’ll keep going and see how many I can get.

Currently only Wayne Rooney (208) and Alan Shearer (260) have reached that total, but Kane is clear about what he would like to achieve in the future.

Harry Kane told his club’s official website: “It’s great. It’s something I’m very proud of. I said before the start of the season I wanted to get to 100 Premier League goals. 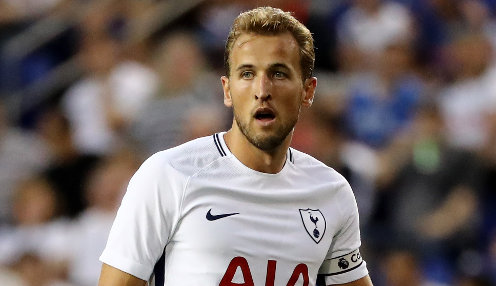 “I’m here earlier than I thought I’d be, so I’ll keep going and see how many I can get. Let’s see if I can get to 200 even quicker – that’s always my mindset and how it’s got to be.

“I thank the guys for giving me the opportunities and I’m delighted to put them away. Without them, I wouldn’t be able to do what I’m doing.”

Harry Kane is priced at 4/9 to be the top goalscorer in the Premier League this season, with Liverpool ace Mohamed Salah 7/2 and Manchester City striker Sergio Aguero 7/1.

Meanwhile, Spurs head coach Mauricio Pochettino paid tribute to Kane for reaching a notable milestone in his career, adding: “He’s a great striker and a great personality and I’m so happy for him – 100 Premier League goals. I congratulate him again, an amazing job.”

BET ON FOOTBALL WITH  WILLIAM HILL