Mauricio Pochettino has played down the importance of his Tottenham side’s greater experience in the FA Cup semi-final for a second successive year.

Spurs were beaten 4-2 by Chelsea 12 months ago and they will hope to go one better on Saturday when they take on Manchester United at Wembley.

We need more than experience and maturity to win on Saturday. 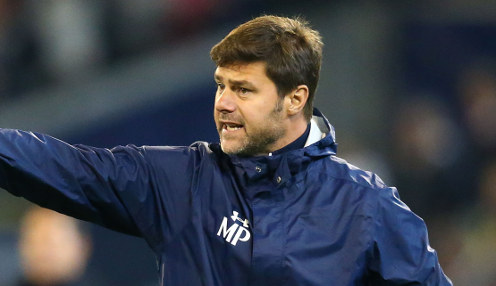 However, Pochettino is wary of reading too much into the added experience his players have accrued over the last year, as they chase a first trophy since their 2008 League Cup success.

He told reporters: “We have the belief that we can beat many teams and we have more experience than last year, but I don’t believe that is going to be the key to winning the game.

“We have a different level of experience now and that’s always an important thing, but we need more than experience and maturity to win on Saturday.

“The most important thing is the performance. If we are able to perform in the way we performed against Real Madrid, Dortmund and Liverpool at home, I think we’re going to compete. If not – with or without experience – it’s going to be difficult.”

Spurs are 8/13 to reach the FA Cup final and are 13/10 to defeat United in normal time, with the Londoners 11/1 to progress following a penalty shootout.

Meanwhile, Pochettino has dismissed suggestions that FA Cup success this season would help Tottenham move on to a higher level in terms of status in the game.

He added: “The club is not going to change if you win or don’t win the FA Cup or the League Cup.

“It would be fantastic to add that trophy to the club, but what would put us to a different level would be to win the Premier League or Champions League.”

Bet here on the FA Cup with Betway

At odds we review the major bookmakers including Betway here