England v Italy – Wilshere Out of the Match

The Arsenal midfielder, back in the England fold after a season regularly starting for Arsenal, missed the side’s 1-0 win over the Netherlands on Friday.

Southgate described his injury at the time as “minor” and hoped he would be available to play some part against Italy but that has now been ruled out. 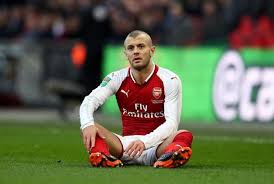 The FA said in a statement: “Jack Wilshere will not return to the England camp ahead of Tuesday night’s fixture against Italy.

“The Arsenal midfielder didn’t travel to Amsterdam as a precaution and will remain with his club.”

Wilshere hasn’t played for his country since their humiliating exit to Iceland at Euro 2016 and, with only two more games arranged before the World Cup starts, he is running out of chances to win back a place in Southgate’s plans.

Meanwhile Liverpool’s Joe Gomez will stay with the England squad but is a doubt for the Italy game after suffering an injury against the Netherlands.

The 20-year-old lasted just 10 minutes in Amsterdam before being substituted, Southgate saying afterwards: “He [Gomez] seemed to take a knock in the air and land a bit awkwardly, so we need to check that one.”

Following the Italy game, England are back in action in the week’s immediately prior to the World Cup, taking on Nigeria and then Costa Rica before starting the tournament playing Tunisia in Volgograd on 18th June.

Southgate is likely to wait until the end of the Premier League season before naming his squad for Russia.

Odds24 is the No1 home of sports betting news and guides across all main sports including football, cricket, tennis, golf and others.