Man City, defending Premier League champions got their new season underway with a 2-0 victory away at Arsenal.

The Gunners, under new boss Unai Emery rarely challenged an impressive Man City side who finished well ahead of their rivals in the last campaign and got this new league season underway in a similar vein. 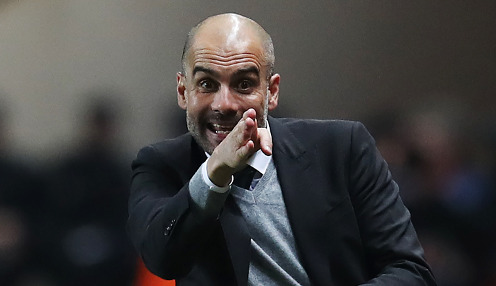 Raheem Sterling, back in the fold after England duty at the World Cup 2018, was heavily involved in the opening exchanges, getting an early yellow card for a challenge on Matteo Guendouzi.

However, the winger forced Petr Cech into a good save after 10 minutes and then made no mistake minutes later, evading challenges from Hector Bellerin and Guendouzi to fire home into the bottom corner.

It capped a fine start from the champions who had barely let Arsenal into the game by that point. The home side did, through Bellerin force a save from Ederson though it was Cech who was the busier keeper and he did well to keep out a Riyad Mahrez free kick and the rebound from Aymeric Laporte.

Half-time arrived with City having been the dominant side having had opportunities to be further ahead and they had the first chance of the second period too, Sergio Aguero shooting just wide.

Arsenal brought on Alexandre Lacazette and he went close for the home side but City got their second goal midway through the half, Benjamin Mendy picking out Bernardo Silva who volleyed it home with an excellent finish.

It looked a long way back for Arsenal though they did get the ball into the net, Pierre-Emerick Aubameyang lobbing Ederson but the striker was offside.

That was the Gunners’ last chance to make life uncomfortable for City who duly took the three points and what looked a tricky first-day fixture turned out to be yet another comfortable win for Pep Guardiola’s side.

City’s first home game of the new league season is next Sunday when Huddersfield Town are the visitors to the Etihad Stadium.

Find out all about football betting here