Champions League to get Tottenham and England striker Harry Kane fired up and play down suggestions that he is struggling and insists he is feeling sharp and does not need a rest.

The 25-year-old scored 41 goals last season but, despite winning the Golden Boot at World Cup 2018, he did not seem to be at his predatory best for England in Russia. 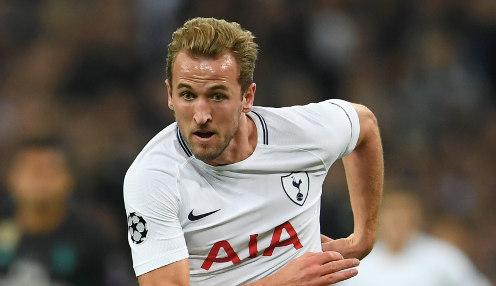 Kane has also made a quiet start to the Premier League campaign and seemed particularly forlorn during Saturday’s 2-1 defeat to Liverpool at Wembley.

However, the forward says he is happy with his game and has no intention of missing Spurs’ Champions League match against Inter Milan at the San Siro on Tuesday.

He said: “People are always going to look for stuff, especially when you are a big part of the team and someone who is there to get the goals.

“As a team we can all do better and as the striker you get spoken about more, but I feel sharp and fit and if I wasn’t the manager would not be picking me.

“He believes in me, I believe in myself and hopefully I can score a couple of goals on Tuesday and it will be put to bed.”

Spurs boss Mauricio Pochettino has also indicated that Kane will start against Inter, saying: “I think we would be crazy to think different. He’s one of the best strikers in the world. I don’t care that he wasn’t great [against Liverpool].

“He’s going to score goals and he’s going to perform in the way we want and we expect. No problem.”

Kane is 11/10 to score at any time against Inter Milan while Spurs are 12/1 to beat the Serie A outfit 2-0. Meanwhile, Pochettino’s team are 5/6 to finish in the top four of the Premier League this term.