Andy Murray is hopeful of being able to challenge for further Grand Slam titles in the future, but does not expect to do so at Wimbledon this year.

As he prepares to make a return to tournament action at Queen’s Club after almost a year on the sidelines, Murray has spoken about his ultimate aim of trying to regain the sort of form which saw him win Wimbledon twice and also the US Open.

The expectations for me are very, very low right now. 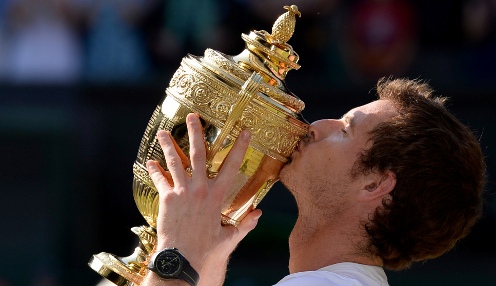 He told BBC Scotland: “I think it’s still possible, but I’m not expecting that to be the case in the next two weeks.

“I don’t think you miss a year of playing and then come back and start winning Grand Slams, that isn’t how this works.

“It’s maybe different if you’ve had four months of hard training and preparation to get ready for that, but with the situation I’m in, that hasn’t been the case.

“The expectations for me are very, very low right now and I’ll reassess what my goals are when I’m back out there competing and feeling good again.

“It’s not a gamble in terms of me going on the court that I’m going to re-injure my hip or hurt myself by playing, (but) you never know exactly when you’re ready, especially after this amount of time.

Andy Murray claimed his first Grand Slam title at Flushing Meadows in 2012, defeating Novak Djokovic five sets and the Serb was the victim the following year when the Scot claimed the Wimbledon title.

Murray has also lost in a Grand Slam final of eight occasions, losing his first four final before breaking his duck at Flushing Meadows six years ago.

He can be backed at 15/2 to win a second US Open crown later this year, with Djokovic priced at 10/3 and Roger Federer available at 7/2.

Looking for a top UK Bookmaker ? Check out our comprehensive guide here