Mark Williams in the mood for more Crucible action

Snooker two-time champion Mark Williams believes he is showing the sort of form needed to challenge for a third World Championship triumph at the Crucible in Sheffield.

Williams set up a quarter-final showdown with Ali Carter by seeing off Robert Milkins 13-7 and the 2000 and 2003 world champion is looking forward to the challenge of trying to go all the way for the first time in 15 years.

I’m playing some of the best stuff I’ve played in a long time. 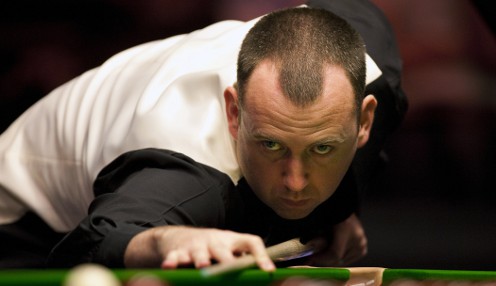 The Welsh left-hander told world Snooker: Williams said: “I’m in the quarter-finals and there’s only three more matches to go, anyone can win it.

“I’m just looking forward to playing now. I’m playing some of the best stuff I’ve played in a long time. How long it will last I don’t know.”

Meanwhile, Ding Junhui is expecting to have to produce some of his best snooker if he wants to reach the semi-finals at the expense of Barry Hawkins, who has now reached at least the last eight in each of the last six years.

The Chinese potter said after defeating Anthony McGill 13-4: “I feel good and I am playing well, but Barry is a great player. It will be a tough game. He plays well at the Crucible every year.”

Williams is priced at 1/2 to defeat Carter and is 7/1 to be crowned world champion for a third time. Higgins is priced at 7/2 to win a fifth world title, with Trump available at 11/2 and Ding 9/4.

Looking for top UK bookmakers ? look no further than our own review here