2018 Ryder Cup – Tiger Woods believes he has demonstrated to US skipper Jim Furyk that he would be a worthy captain’s pick for the Ryder Cup.

The 14-time major winner is already guaranteed a spot on the plane to France for this year’s renewal of hostilities with Europe having been named as part Furyk’s backroom team for the second Ryder Cup running. 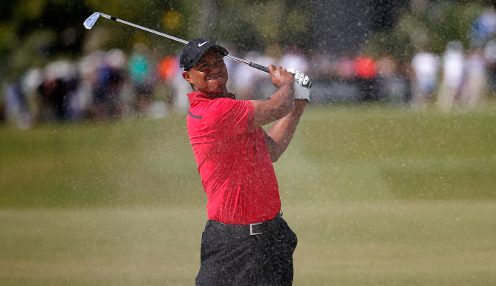 However, the United States captain recently admitted he would be happy to find an alternate assistant should he decide to select Woods to make the team.

The 42-year-old has shown glimpses of his old self over the course of the summer, mounting serious challenges for the top prize at both the Open and US PGA Championship.

A runner-up finish to Brooks Koepka at the US PGA Championship meant the California native narrowly missed out on qualifying automatically for the USA’s Ryder Cup squad.

Woods is now relying on being selected as one of Furyk’s three captains picks but is confident he will get the nod to tee it up at Le Golf National next month.

“At the very beginning of the year, I told Jim I wanted to be a part of the team, not just as a vice-captain but as a player, and I’m very close to making that happen,” said Woods.

“It’s been a long year and one of my goals was to make that team, because to be part of that team, you’ve got to be one of the 12 best players and I’m kind of trending towards that.”

Woods was speaking ahead of his first appearance in the FedEx Cup play-offs in five years, the lucrative end-of-season PGA Tour event getting underway on Thursday with the Northern Trust Open.

Woods, who finished the regular season 20th in the FedEx Cup standings, is 14/1 to end his long wait for a win this weekend.

View all Golf betting with Ladbrokes

Odds24.co.uk is the home of sports betting – find out more here