Justin Rose has high hopes that Europe will be able to field a much stronger team for the Ryder Cup this year than they were able to do in 2016.

Europe were beaten 17-11 by the United States at Hazeltine two years ago, with captain Darren Clarke having six rookies among his 12-man team.

We have a team that’s shaping up to be a very different animal to what we had two years ago. 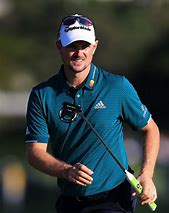 However, the way things are currently shaping up suggests that a more experienced line-up will be available to Thomas Bjorn for the action in Paris later this year, while Rose has no fears about either Tommy Fleetwood or Jon Rahm if they make their debuts.

He told reporters: “We have a team that’s shaping up to be a very different animal to what we had two years ago.

“Tommy Fleetwood, Jon Rahm and Paul Casey are changing the dynamics of our team massively in terms of the number of natural pairings that we can field.

“At the last Ryder Cup, we were at the bare (minimum) in terms of pairings we could put out and everything else was a bit of a Hail Mary.

“So, for me, the inclusion of those boys on the team, it’s going to shore up so many pairings and give us so many more options.”

Prior to the loss at Hazeltine, Europe had won three consecutive Ryder Cup matches and six of the previous seven meetings, while their last loss on home soil came at the Belfry all the way back in 1993.