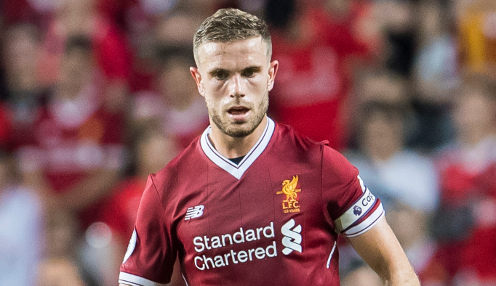 England’s victory over Sweden means that the Three Lions are into a World Cup semi-final for the first time since 1990 with Gareth Southgate’s side now priced at 13/5 to lift the famous trophy, as the outright liabilities start to mount.

Harry Kane is 1/7 to be the leading scorer at the 2018 World Cup and Jordan Pickford is 11/4 to claim the Golden Glove award.

Tottenham striker Kane, who is 1/6 to be the leading goalscorer at World Cup 2018 and 10/3 to be the first goalscorer against Croatia, said: “We feel proud – proud to have made the fans proud. “We wanted to play good football, work hard, play with passion, and we have done that. So we are enjoying it.

“We are one step closer to what is the biggest game in football as a professional. We said we wanted to write our own history. Hopefully we can go one step further than 1990 and get to the final. We are not finished yet. Everyone wants to finish the job and go all the way.”

Jordan Henderson is upbeat about his chances of being fit enough to feature for England in their World Cup 2018 semi-final against Croatia on Wednesday.

Croatia boss Zlato Dalic has played down fears that his players will be tired for their World Cup 2018 semi-final showdown against England on Wednesday. The Croats reached their first semi-final at the tournament since 1998, when they were defeated by then hosts France, courtesy of a 4-3 penalty shoot-out win against Russia in Sochi on Saturday night after the quarter-final tie ended 2-2 after extra time.