Egypt head coach Hector Cuper expects Mohamed Salah to feature in their World Cup 2018 Group A opener against Uruguay in Yekaterinburg on Friday.

Star forward Mo Salah has been battling to recover from a shoulder injury sustained in Liverpool’s 3-1 Champions League final defeat to real Madrid, with his participation in Russia having been very much in doubt.

I can almost 100 per cent say he will play, save for any unforeseen problems at the last minute. 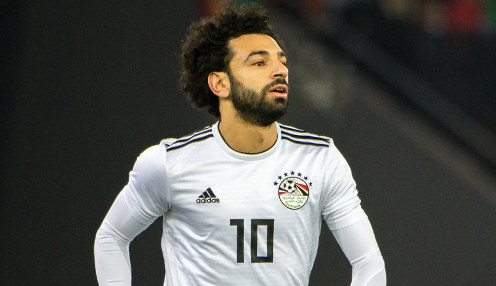 However, his prospects have improved in recent days and he returned to group training earlier this week and Cuper believes Salah will be able to play his part at the Central Stadium, on the occasion of his 26th birthday.

The Argentinian told reporters: “I can almost 100 per cent say he will play, save for any unforeseen problems at the last minute.

“We’re trying to make him feel confident. The doctors are giving him the options to play or not. I know Salah very well, he’s not fearful, but we always know we’re running a risk when playing a match, that’s something we can’t hide.

“But if he does decide to play he’ll have full guarantees on his physical condition and I’m sure he will be fine. If it does turn out there’s an issue at the last minute, we’ll consider it and see if it can be resolved.”

Egypt will be playing at only their third World Cup, having previously featured in 1934 and 1990 and they have yet to win a finals game in four attempts.

The Pharoahs are available at 29/10 to claim a draw against Uruguay, with a 1-1 final scoreline priced at 13/2, while Salah is 9/4 to score at any time in the game.