Tottenham Hotspur the only focus for Pochettino

Tottenham Hotspur head coach Mauricio Pochettino is focused on his own job and not concerning himself about what might happen next season.

Ahead of a Tuesday evening Premier League trip to Brighton, Pochettino was asked if he was worried that champions Manchester City could move further ahead of the chasing pack next term, having wrapped up the title with five games to play.

Today my concern is to try to win on Tuesday, after that I am not thinking about what Man City is going to do. 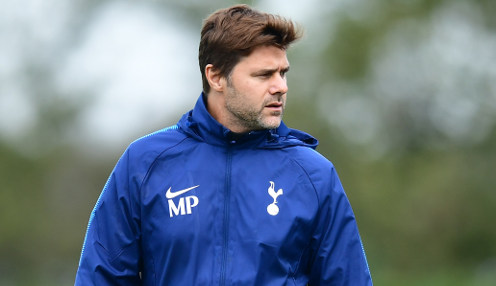 He told reporters: “I am not concerned. Yes, of course, if Tottenham Hotspur invest money and bring in players that can improve their squad, of course they are sure to compete to be the best team in the Premier League again.

“Today my concern is to try to win on Tuesday, after that I am not thinking about what Man City is going to do. It is nothing to worry about, because it is still so far until next season.”

Meanwhile, Pochettino also confirmed that he will rest a number of senior players for the clash with the Seagulls, with one eye on the FA Cup semi-final against

That seems likely to mean a major role for January signing Lucas Moura, who has yet to start a league game since his arrival from Paris Saint-Germain on transfer deadline day.

Central defender Toby Alderweireld also looks set to be involved, although Pochettino was non-committal on whether that would be as a starter or a substitute.

He added: “Yes, Toby is going to be in the squad. Tomorrow I will decide whether he’s going to play or not.”

Tottenham Hotspur Odds – Will Harry Kane add to his tally ?

Having won 2-0 against Albion at Wembley earlier this season, Spurs are 11/20 to claim all three points on Tuesday evening and are 5/4 to keep a clean sheet, with Fernando Llorente available at 10/11 to score at any time.