Last summers signing Mohamed Salah was always going to be a gamble according to Jurgen Klopp.

The Reds paid £34million for the Egypt international in June and Mohamed Salah has more than lived up to the price-tag by scoring 41 goals in all competitions, including 31 in 33 appearances in the Premier League.

He’s a very good player and we hoped, we were pretty sure, it would work out, but we couldn’t be 100 per cent sure. 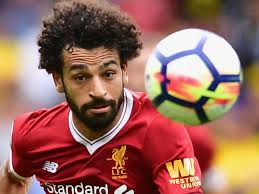 However, Klopp accepts that Salah was not guaranteed to be a success, having struggled to make an impact during a spell with Chelsea earlier on in his career.

The German told reporters: “Is it a bargain? I don’t know but it’s the business. You always take the risk that it doesn’t work.

“He’s a very good player and we hoped, we were pretty sure, it would work out, but we couldn’t be 100 per cent sure.

“He’s stepped up to make the next step in his development. At Roma, he was really, really good and it’s only because England has such a great league that you obviously don’t watch other leagues often enough.

“It’s clear he was really good at Roma and a very, very offensive midfield player and he’s very cool in front of goal.

“He’s still starting on the wing, but of course his position has changed a little bit and he’s inside at the right moment.

“If you’re only inside it makes no sense. It’s about being in the right space at the right moment. That’s what we have developed over the season.”

Salah will face his former club at Anfield in the first leg of their Champions League semi-final tie on Tuesday evening, with Liverpool 1/2 to win the game and 10/1 to do so by a 3-1 scoreline.

The Merseysiders are 2/5 to reach the Champions League final and are 9/4 to win the competition.