With the 2018 World Cup looming Brazilian superstar Neymar is confident that he will be back to help challenge for  glory in Russia this summer.

With one month to go before the 2018 World Cup gets under way, the former Barcelona ace is determined to do all he can to help the Selecao become a genuine contender for glory this year.

He told the Brazilian media: “I hope to get there in great shape. I get my final examination on 17th May and then I’ll be free to play. 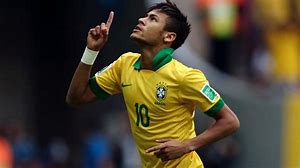 “I had an examination, it is all perfect, progressing well, so I hope that continues so I can get back as soon as possible.

“I’m also having treatment every day and, from the moment I start training, I am going to work harder than I ever worked because this is a dream that’s coming up. It’s a World Cup, I’ve waited four years for this chance.Pre

“It’s very difficult for me not playing and not training.

“I have to work even harder, but I am going to have enough time to arrive in form for the World Cup. It was horrible getting injured, but I am more rested, that’s the upside.”

Neymar to be top goalscorer 10/1

Brazil To Reach The Final 5/2

BET ON THE WORLD CUP HERE

Neymar da Silva Santos Júnior, commonly known as Neymar or Neymar Jr., is a Brazilian professional footballer who plays as a forward for French club Paris Saint-Germain and the Brazil national team. With 53 goals in 83 matches for Brazil since debuting at age 18, Neymar is the fourth-highest goalscorer for his national team. He was a key player in Brazil’s victories at the 2011 South American Youth Championship, which he finished as the leading goalscorer, and the 2013 FIFA Confederations Cup, where he won the Golden Ball as player of the tournament.

On 5 March 2014, Neymar scored a hat-trick in a friendly win against South Africa in Johannesburg. He made headlines for his conduct after the final whistle when a young South African boy ran onto the pitch. As security staff began to escort the boy from the field, Neymar intervened and introduced him to his Brazil teammates before they all lifted him in the air during their celebrations.

Find out all about football betting with our handy guide here