The Russian World Cup is almost here and the discussion of England expecting to win the world cup never really gets people too excited until a few days before the tournament begins (in England that is!) Since 1966 the great people of England normally dismiss their chances of winning the world cup weeks before the tournament begins, however as soon as the domestic season and all the cups have finished attention soon moves to the England Team’s chances.

This is also the time when we start seeing lots of interviews with past and present players and pundits all giving their opinions on the current crop of players and in-depth analysis begins on players form, match fitness, formations, squad inclusions / exclusions etc – this process no doubt also happens to all teams involved.

No doubt 2018 Russia will be no different and hope of a nation will once again be on the shoulders of a number of talented players. So what’s different this time ? It appears that England have a good mix of talented younger players that play on a regular basis for their respective teams in the premier league.

Key England Players to light up the World Cup 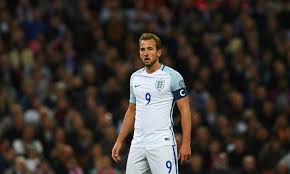 Harry Kane – a prolific premier league goalscorer who is always a threat. Now has the experience at the top-level and will lead the team. Could this be his turn to shine and deliver?

Dele Alli – not having the best seasons with Spurs but enjoys pushing forward and always gets in good positions in attack and will support Kane.

Raheem Sterling – having won the league with Man City , Sterling is a fast paced left footer who is capable of producing goals and brings the fear factor to defenders who will have to deal with his fast movements.

Kyle Walker – a strong defender-winger who has enjoyed his first premier league win with Man City and uses his strength and pace to make things happen quickly and is perfect when you need to counter attack.

Jamie Vardy – fantastic cover for Kane who consistently scores for Leicester and has enjoys attacking defenders. he would be perfect to bring on in the last 20 minutes when defenders are tiring and you need some pow !

Marcus Rashford – was the only player in the 2016 Euro’s that got the fans excited whenever he came on after regular lacklustre England performances. Can make things happen and brings a different no fear dimension.

There are many other players not mentioned all over the England Team that can do the business in Russia like Eric Dier, John Stones, Jordan Pickford, Jordan Henderson, Jesse Lingard, Harry Maguire to name a few.

However, before everyone gets overly excited take a look at England’s World Cup record…. 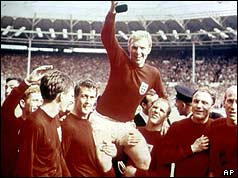 2014 Brazil – The last Costa Rican team were seen as the whipping boys of the group. England lost to Italy and Uruguay, and were knocked out after two games.

2010 South Africa – England reach the last 16 and were comprehensively beaten by Germany 4-1 and was England’s biggest ever margin defeat at a World Cup finals – Ouch! Things may have been different if Frank Lampard shot was not disallowed after the ball was clearly over the goal line.

2006 Germany – There were high hopes for the which would be Sven-Goran Eriksson’s second World Cup in charge after going out to Brazil in the Quarter Finals in 2002. England failed to improve on that and once again went out in the last eight at the hands of Portugal following a penalty shoot out.

2002 Korea/Japan – Sven’s first World Cup in charge of England, he took over half way through England’s qualifying matches following the resignation of Kevin Keegan and guided England to the Quarter Finals in Japan and Korea. A respectable effort but should have done better against Brazil.

1998 France – Glenn Hoddle’s England failed to get past the first 16 following yet another penalty shoot out exit to Argentina, which also saw what could have easily been the end of a young David Beckham’s career when he was sent off for a silly red card incident.

1994 USA – The World Cup that is erased from the memory of most England fans following our failure to qualify and a time that Graham Taylor would like to forget about.

1990 Italy– A World Cup to remember for the late Bobby Robson as his last world cup in charge of the England when a valiant England side reached the semi finals to be beaten by West Germany on penalties and Paul Gascoigne sobbed emotionally after being shown yellow card which meant he would not be able to play in the final should England have got there.

1986 Mexico – One of the most infamous exits from the World Cup saw Bobby Robson’s team cheated by Maradona’s “Hand of God” as they were knocked out of the competition in the quarter finals.

1982 Spain – England won their first round group in Espania’82, but Bobby Robson’s side bowed out in the second round coming 2nd in their table following two 0-0 draws.

1978 Argentina – For the second World Cup in succession, England (this time under Ron Greenwood) failed to qualify for the finals.

1974 West Germany – England failed to qualify for this World Cup which lead to the resignation of the 1966 World Cup hero Alf Ramsey.

oh, let’s not forget that there are 31 other teams of which probably about 6/7 has a realistic chance of winning the world cup.

There are so many betting opportunities and all sorts of tempting offers like top goalscorer, how many cards per match, to finish top of the group, predict the finalists  / semi-finalists……

To Reach The Quarter Finals 8/11

To Reach The Semi Finals 5/2