Here’s a useful rundown of all the World Cup Stadiums with all the Group Fixtures:

Having won the rights to host the tournament back in 2010, Russia will stage the month-long world championship soccer bonanza this time around and grabs the baton from Brazil. 64 games are to be contested by 32 teams across 12 World Cup Stadiums in 11 different cities.

The opening match will be staged on Thursday, June 14th, 2018 at the Luzhniky Stadium in Moscow with the final taking place on Saturday, July 15th at the same venue

Renovated in 2017 with this tournament in mind, the Central Stadium as it is ordinarily known is in Yekaterinburg and will be capable of hosting 35,000 people, though it will reduce back down to 23,000 after the competition is over. Hosting 4 group games, the stadium is the eastern-most arena in the tournament and the only one which stands in Asian Russia. The games are:

Fisht Olympic Stadium
Named for the mountain in the shadow of which it sits, the Fisht is located within Sochi Olympic Park and was built to host the 2014 Winter Olympics. A slight extension to the capacity for this tournament means 41,000 can be in attendance during 6 WC 2018 matches: 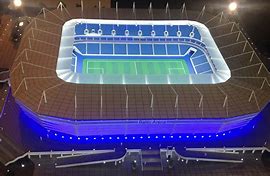 Also known as Arena Baltika, this stadium stands in the city of Kaliningrad and as the name would suggest is right near the Baltic Sea close to Poland and Lithuania. Although due to host 25,000 fans at FC Baltika Kaliningrad matches (they formerly played at the Baltika Stadium), the capacity will be 35,000 for the World Championship during which the facility will provide the venue for the following games:

Kazan Arena
Kazan is the sixth most populous city in Russia and its stadium will host six matches during the summer tournament. Opened in July 2013, the Kazan Arena can hold over 45,000 people. Planned games: 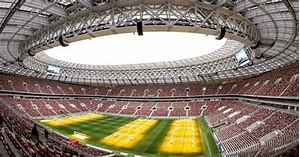 Russia’s national stadium, located in Moscow, the Luzhniki was used as the main stadium for the 1980 Olympics and as such is steeped in history. Redeveloped to modern standards, it has a capacity of around 81,000 and will host the following games:

Mordovia Arena
Situated in Mordovia or more specifically Saransk, the stadium was built to replace the Start Stadium between 2010 and 2018 and after its four World Championship matches will be used as the home of FC Mordovia Saransk. Here’s its WC 2018 line-up:

Nizhny Novgorod Stadium
The city of Nizhny Novgorod hasn’t hosted an event of this size before and its new stadium was only completed in 2018. The finished product looks good though in all fairness and, as standard this year, it can accommodate 45,000 people for each of these games:

Rostov Arena
The home of FC Rostov in Rostov-on-Don will be used for five WC 2018 matches and has a planned capacity for the tournament of 45,000. Scheduled games:

Otherwise known as the Krestovsky Stadium or the Zenit Arena this facility serves as the home of Zenit St Petersburg and was built to host not only the main club side in St Petersburg but also with the Confederations Cup and the World Championship 2018 in mind. 67,000 are said to be able to be accommodated during the following matches:

Samara Arena
Usually known as the Cosmos Arena when hosting the home matches of FC Krylia Sovetov of Samara, a city which is a new discovery for most of us. The ground holds almost 45,000 and will play host to six matches this summer: 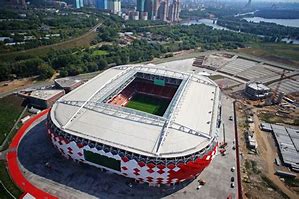 Once more situated in the Russian capital, this stadium is the home of club giants Spartak Moscow and for their purposes is known as the Otkritie Arena. It has a capacity of 45,000 and will be used for:

Volgograd Arena
Situated in the west, the 1million-plus inhabited city of Volgograd may be a tad more comfortable for the European teams. The Volgograd Arena seats 45,000 people and will be used in the following tournament matches:

Find out more about football betting here with our simple guide