Reigning world champion Lewis Hamilton says there is no reason to panic about his failure to win a race so far this season.

The Brit has found the going in Formula 1 in 2018 tough so far and is 10/11 to retain his Drivers’ crown having fallen nine points behind Ferrari’s Sebastian Vettel in the standings in the early part of the season.

The Mercedes driver was unfortunate not to win the season-opener in Australia after a tactical error by his team, while a poor starting position in Bahrain ruined his chances of victory. 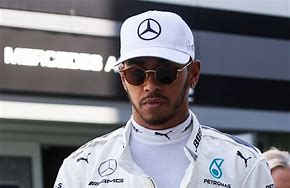 Worryingly for Hamilton though was his failure to match the pace shown by Ferrari and Red Bull in the last Grand Prix in China, eventually being forced to settle for fourth.

The four-time world champion took a short break after the events of Shanghai and says he heads in to this weekend in Azerbaijan feeling refreshed.

Lewis Hamilton is eager to get his season up and running as soon as possible but insists he is not worried by his winless start.

Hamilton said: “It’s only been three races. We would like to have won races but it has been a learning process.

“We know it’s a three-way battle. It is not going to be easy and it requires a lot of work to perform at our best.”

Hamilton says he is unsure how Mercedes will perform in the Azerbaijan Grand Prix and believes a lot rests on getting the tyres to work at their optimum.

“The Ferraris and Red Bulls were quick here last year and I anticipate it will be the same and we have no idea where we will be this weekend. We are still the same team and I believe we can battle it out with these guys,” he added.

“Now we have Red Bull close to their best and Ferrari at their best, if we are able to pull through and deliver as we have in previous years it would be the biggest achievement this team would have accomplished.”

Lewis Hamilton is 5/4 to get his first win of the year in Baku on Sunday, while Vettel is 15/8 and last year’s victor Daniel Ricciardo is 9/1.