Lewis Hamilton says that he wants to keep improving and setting new standards in the new Formula One season.

The British driver won his fourth world title last year but is determined to keep pressing forward with more honours in the sport left to be won.

It is quite simple – I want to somehow be better than I was last year.

He was speaking at the launch of a new car for Mercedes with the constructor having won a fifth consecutive title double last year. 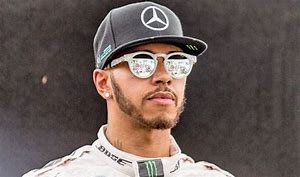 For Lewis Hamilton another win in 2018 would put him level with Juan Manuel Fangio with only Michael Schumacher ahead of him with seven world titles to his name.

Speaking at the car launch, Hamilton was clear that he had clear goals ahead of the new F1 season.

“It is quite simple – I want to somehow be better than I was last year,” he said.

“Last year was I think the best year I had performance-wise. How can I top it? There are lots of areas actually.”

Hamilton will again be joined by Valtteri Bottas in the Mercedes team for this year but it is still unclear whether either or both will still be with the team for the 2019 campaign.

Hamilton is out of contract at the end of the season but his future looks a little clearer with Mercedes boss Toto Wolff saying he expected a new contract to be sorted out within a few weeks.

Bottas only managed three wins last season and his position could come under threat from the likes of Red Bull’s Daniel Ricciardo and Esteban Ocon from Force India.

Despite speculation over his position in the team, Bottas was focused simply on having a better 2018 season, saying: “Starting my second year with this team, my chances are much better to be performing every weekend on the level I should, unlike last year [when] there were many races I was not on the level I should have been and wanted to be”

Hamilton is 1/1 to win the driver’s championship towards the end of the year with Sebastian Vettel 7/2 and Bottas 14/1.

Mercedes is 1/2 to be the winning constructor with Ferrari priced at 4/1.