The first test between England v Pakistan finished with Pakistan hammering England. For the second test have recalled Keaton Jennings at Headingley, with the left-handed opening batsman replacing the out-of-form Mark Stoneman.

Surrey opener Stoneman has paid the price for making four and nine in the first Test defeat at Lord’s and makes way for his fellow former Durham man, with Jennings having joined Lancashire this summer.

Keaton has found good form in county cricket this season. 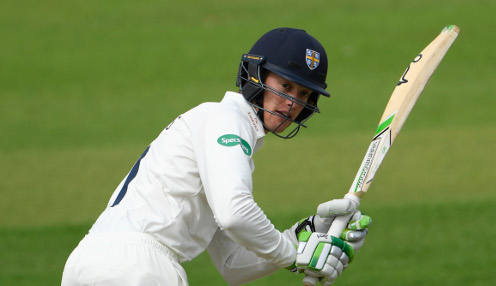 Jennings, 25, scored centuries in three consecutive matches for Lancs earlier this month and has been given an opportunity to reignite a Test career which has so far included six matches and a century on debut against India in Mumbai in December 2016.

National selector Ed Smith, announcing a squad which showed no other changes from the one who lost by nine wickets at HQ, told the official ECB website: “Keaton Jennings showed a strong temperament in scoring a hundred on his Test match debut against India in December 2016.

“He has found good form in county cricket this season, including three centuries in his last seven innings (two in the County Championship, one in the Royal London One-Day Cup).

“Mark Stoneman misses out at Headingley. He has experienced a disappointing start to the 2018 season and had a difficult Test match at Lord’s.”

Jennings is set to open the batting with former captain Alastair Cook, while both Jos Buttler and off-spinner Dom Bess retain their places after making half-centuries in the second innings at Lord’s.

England are available at 8/15 to win the second Test match, which starts on Friday, with the draw priced at 9/2 and a Pakistan victory 7/2.

Looking for something different betting options ? How about cricket spread betting ? Check out our SpreadEx guide here