Tony Bellew is looking to fight a “huge name” after defeating David Haye for a second time with a fifth-round stoppage on Saturday night.

35-year-old Liverpudlian Tony Bellew, who stopped a clearly injured Haye in the 11th round of their first fight in March of last year, dominated the rematch at London’s O2 Arena. 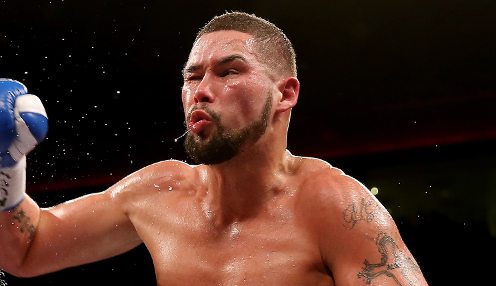 Tony Bellew floored the 37-year-old Londoner twice in the third round and then again in the fifth before referee Howard Foster decided to end the fight.

And, while the former WBC Cruiserweight champion urged Haye to retire from the sport, he is now looking for a huge showdown to tempt him back into the ring again.

I need a world title or a big, huge name. He [Whyte] did well against Lucas Browne but I need a mega star.

There has been talk of a bout against heavyweight Dillian Whyte or possibly dropping back to cruiserweight to face the winner of the World Boxing Super Series final between Oleksandr Usyk and Murat Gassiev.

Bellew also suggested that he would relish a fight against Andre Ward, despite the unified WBA (Undisputed), IBF, WBO, and Ring light heavyweight champion announcing his retirement last September.

“Me and Dillian [Whyte] have had words over the years,” Bellew said post-fight. “Dillian is a good fighter. It’s a hard fight. But it’s for nothing.

“I need a world title or a big, huge name. He [Whyte] did well against Lucas Browne but I need a mega star.”

He added: “I don’t know. It’s been a great journey but I don’t know where it will go.

“Usyk, Gassiev, Andre Ward? You name them, I keep beating them. Just give me someone.”

Meanwhile, George Groves is 8/11 to retain his WBA (Super) super-middleweight title in the World Boxing Super Series final on 14th July, while his opponent Callum Smith is available at 11/10 to come out on top.

If you’re looking for a UK bookie but not sure which is the best one for you? Look no further than our online sports  betting guide here